«Legendary City,» «City of Lev,» «Little Paris,» «City of Coffee and Rain» — these are some of the names with which residents and guests lovingly adorn L’viv. The first recorded mention of L’viv dates back to 1256. Its founder, Prince Danylo of Galicia, named the city in honor of his beloved son, Lev.

Located on the crossroads of East-West trade routes, L’viv has always been an important center of international trade where various cultures have intermingled and thrived. The convenient geographic location of L’viv attracted craftsmen from different nations: Germans, Poles, Swedes, Armenians and Jews created their own neighborhoods in the city and left their mark on its history. Architecturally, diverse styles such as gothic and baroque, renaissance and romantic, rococo and empire, art nouveau and constructivism have been joined together in the unmatched Galician spirit of L’viv. The great number of historical, cultural, and architectural monuments in L’viv reminds one of an open-air museum. In fact, twenty percent of Ukraine’s architectural museums are located in L’viv. As a result, in December, 1998 UNESCO declared the central part of the city a protected area of historical and cultural significance.

Having more than just a fruitful history, though, modern L’viv is a city where the rich past meets the vibrant future. Many scholars, writers, actors, painters, and students make their home in L’viv. The city regularly hosts a variety of significant cultural and economic events, including international industrial exhibitions, book forums, scholarly symposiums, and musical and theatrical festivals. L’viv is poised and determined to retain its position of spiritual, intellectual, and cultural leadership in Ukraine for the foreseeable future. Accordingly, recent polls indicate that after the capital, Kyiv, L’viv is the most popular city in all of Ukraine. 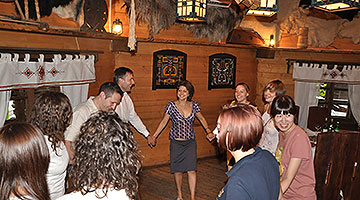 Students of German universities may apply for 7 DAAD (Deutscher Akademischer Austauschdienst) scholarships, which cover participation in the International Summer School “Ukrainian Language and Country Studies” (July 18 to July 30, 2022). All interested students must fill out the registration form on the site by May 15, 2022.

Note! Conducting a Summer school online is possible in case of complications epidemiological situation. In this case, the scholarship will cover the cost of participation in the Summer School. The final decision on this will be made in the application deadline – May 15, 2022.

Accommodation and travel allowances are NOT included in the tuition fee, but the organizers may help students to find cheap housing, for example in the dormitory of Lviv National University or in host families, or they may recommend hostels. Upon prior request the organizers may also help with the arrangement of a transfer from train or airport. 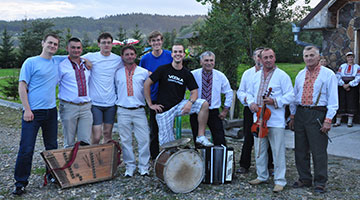 Contest on reading the poetry of Ukrainian authors

Contest on reading the poetry of Ukrainian authors

The citizens of all foreign countries seeking to study the Ukrainian language and culture can take part in the contest, as well as Crimean Tatars who are living or used to live on the Crimean peninsula.

*During the school (optional) participants will be able to prepare for the exam in Ukrainian as a foreign language (levels B1-B2, certificate Ivan Franko National University of Lviv).

For more information, contact the coordinators (ukr.center.lviv@gmail.com).
The deadline for registration is December 28, 2021 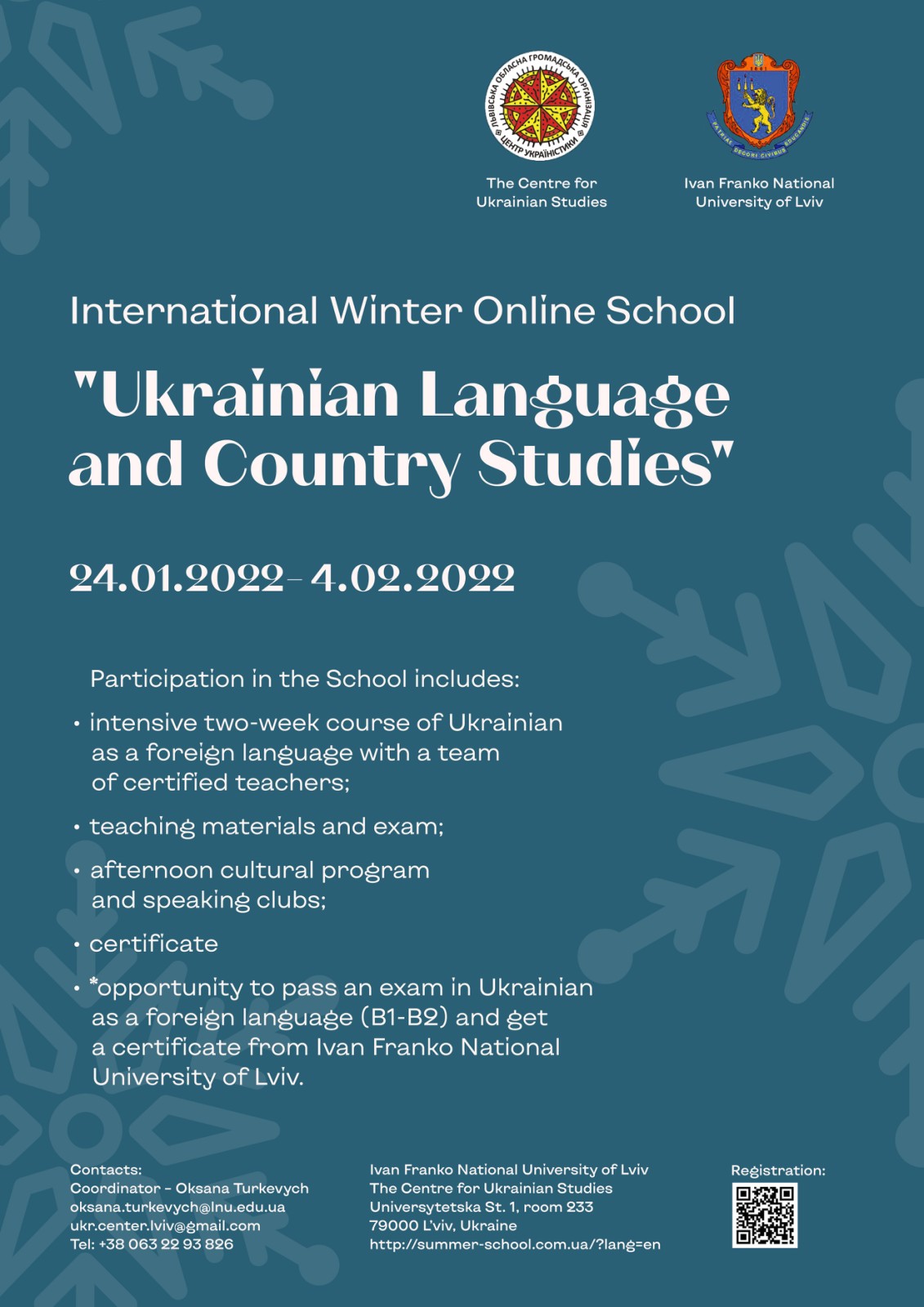 I had the fortune to attend Ukrainian Language Summer School in Lviv University during three weeks in August of 2014. I was very impressed by the level of organization and the atmosphere, which was very professional, yet made it easy for…

I arrived in Ukraine for several reasons, one of which was a desire to improve my knowledge of Ukrainian, the grammar of which I had been studying at Tokyo University of Foreign Languages. At first I thought that if I just live in L’viv I will be able to learn the language…

For me there was no better place to get to know Ukraine and to learn its rich language than L’viv. And there is no better opportunity to do so than the summer school at Ivan Franko University.
When i started the program my knowledge…